The history of scaffolding 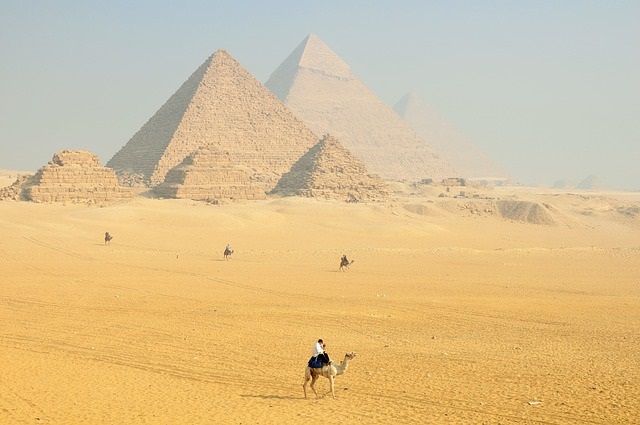 Scaffolding was used by the ancient Greeks and Egyptians. The Egyptians used scaffolding to build their impressive pyramids. Scaffolds were regularly used to raise the different blocks used to create the magnificent structures quickly and easily.

Sources also show that the ancient Greeks also used scaffolding in their building work frequently. The Berlin Foundry Cup shows the use of scaffolding in building work in the ancient cities of Greece. The Berlin Foundry Cup famous red-figure kylix (what we would call a cup for drinking) dates very far back, to the early 5th century BC. The cup was designed and created by an Attic vase painter, referred to by historians as the Foundry Painter. The cup shows that scaffolding was used during this time in history.

Medieval period: how scaffolding was used

Scaffolding was also used in the Medieval period. Monks were the unlikely suspects, using scaffolding to help build, repair, and restore their precious places of religious worship.

How scaffolding was used in the Victorian times

In addition, history books also show that scaffolding was used by many workers in the Victorian times. Scaffolding was made out of a selection of ropes and wood to help with the building and repair of structures. Hemp rope, wire, and sisal were used as ropes to hold the different scaffolds in place for climbing up to heights as high as the building required. Sheer lashing and square lashing were used to tie the scaffolds in place (sheers are also known as roping).

The Victorian scaffolds themselves were made out of wood. In addition, as would be shocking to professional scaffolders today, safety gear - such as helmets and vests were nowhere in sight on a Victorian scaffold: workers regularly wore everyday clothes, such as suits to undertake their work on the scaffolds.  7 Bays Scaffolding highlights more about the change in materials during this time:

“It wasn’t until the early 1900s that metal scaffolding tubes as we know them today were introduced. Prior to this date, lengths of bamboo lashed together with hemp rope were used widely as a method of creating and erecting a scaffold frame.”

Scaffolding in the modern day

Scaffolding has had an interesting history, from the pyramids of Egypt to the scaffolding of the modern day, scaffolding has been integral to many societies throughout history and without the world.