The Secrets of Scaffolding Design 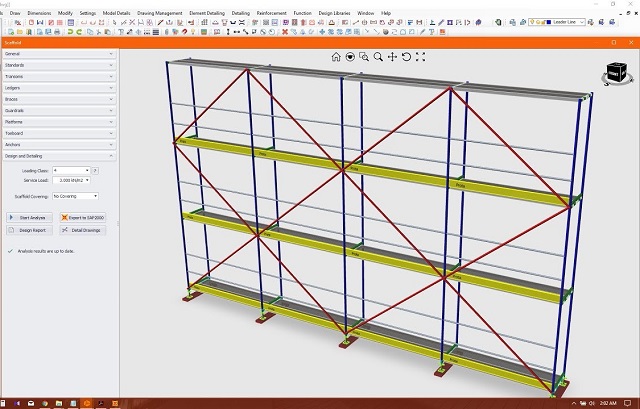 Human beings have been using scaffolding, in one form or another, for thousands of years. The more ambitious our buildings, the more necessary it was to be able to work at height effectively. Today, we are able to use scaffolding to erect enormous structures of steel and glass. Further to this, scaffolding isn't just limited to purely construction; scaffolding allows us to maintain the classic buildings we love and admire. Scaffolding's evolution across the centuries to its subsequent form has required experimentation and innovation. In this post, we take a look at some of the secrets of scaffolding design.

In some countries, particularly in Asia, scaffolding still looks pretty much as it did hundreds of years ago. Writing for the Daily Mail, @SaraDMalm describes the bamboo scaffolding in such widespread use:

“Using few safety restraints, [scaffolders] rig up to 1,000 square feet of scaffolding in a day, which they then cover in colourful nylon fabrics. The scaffolders, known locally as taap pang, use as much as 215,000 square feet of bamboo for larger constructions. They shun modern methods, simply using 23-foot bamboo poles and plastic ties to fix the scaffolding in place, before covering them in nylon gauze. The profession is believed to date back around 1,500 years - but has surged in popularity in modern times thanks to bamboo poles being 30 per cent cheaper than metal ones.”

The key to constructing scaffolding is to evenly distribute the weight of those people working on it, as well as compensating for potentially heavy equipment or hoists to bring equipment up to the height it is needed. Although it might seem precarious from a European viewpoint more used to tubular scaffolding, bamboo fulfils many of the same structural requirements. That being said, it is certainly a dangerous profession, with many bamboo scaffolders killed every year.

One of the main benefits to steel tubular scaffolding as we know it is speed. With the right scaffolding team, it can be erected in a relatively short amount of time. Additionally, its versatility makes it possible to erect scaffolding in virtually any location.

Modern scaffolding is highly customisable because its parts are often interchangable. Expert scaffolders are able to achieve almost any shape and size that a client might require. This is eminently useful in projects such as restoration work, where scaffolding must not damage the existing building in any way. Sometimes it is necessary for scaffolding to be 'tied' to the building being worked on, but this will vary from project to project depending on the surroundings and circumstances.

Scaffolders will prepare by measuring the height and width of the required structure, taking into account the intended usage – particularly if heavy equipment is being used. To finish off the design, modern scaffolding uses seasoned timber boards to act as a working surface at height. It is strong, sturdy, and easily transported.

Scaffolding is just like any part of modern construction. Expertise and experience count for as much as the materials themselves and the design and erection of scaffolding is not something to be undertaken by an amateur.