Are drones a serious threat to the scaffolding industry? 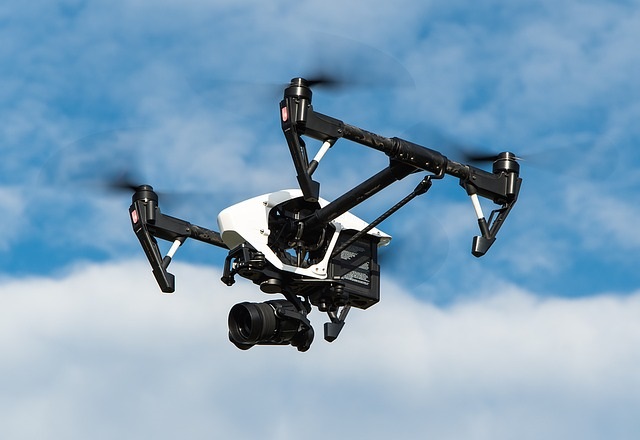 The scaffolding industry is on the brink of rapid change. The rapid pace of evolving technology is changing life all around us, and it is poised to have a seismic impact on the scaffolding sector. There is an opportunity here for the entire industry to evolve and branch out.

Drones are being adopted by several different industries, from real estate to the creative arts. Building author Tim Clark notes the potential cost to jobs and revenue for the scaffolding field:

“A report in 2016 by PwC into commercial drone use placed the value of labour or services that could be replaced by a global market of drone service applications at over £100bn by 2025, with £36.6bn of that in infrastructure alone. At present the technology, while representing a step change in certain capabilities, is mainly used in construction for large site surveys that are followed up at a later date with more accurate, traditional techniques.”

But are drones a serious threat to the scaffolding industry as a whole or could they be beneficial? Find out more below.

Drones: Benefits to the Construction Industry

Drones, sometimes called UAVs (unmanned aerial vehicles), are used to collect photos and videos of construction projects. Many construction workers may worry that a drone could potentially take their job, as the devices scale heights and collect data in record time.

However, as with many other professions, drones can potentially enhance the construction industry, rather than take jobs away. For example, drones can be used to quickly and efficiently capture data on site conditions before construction work begins. As opposed to taking away the jobs of scaffolders, this data will then need to be decoded and fitted in to the wider project by a knowledgeable team.

In addition, drones can also be used to measure progress based on the data they collect about the project as it moves through the completion cycle.

In addition, drones can also help improve safety for scaffolding workers by keeping a close and far-reaching eye on changing conditions and potentially threatening situations. This can be a great plus for business safety, as scaffolders can send drones up to high buildings rather than having to scale the highest and most dangerous heights themselves.

Drones can also fill skills gaps and make it easier for scaffolding workers to complete jobs quickly and efficiently.

Drones: Drawbacks to the Construction Industry

In contrast, there are several risks that come with using drones in the industry. Drones are vulnerable to hacking, as they rely on open ports to be controlled. Hacked drones can easily be stolen, making drones a risk of lost revenue and an issue of data security.

In addition, they also come with a number of health and safety concerns. Drones can be highly distracting to scaffolders and project work; this can be dangerous when scaffolders are working on tall buildings and may be thrown off by the presence of drones.

AI and tech is taking over. It’s easy to feel that your job will soon be replaced with technology, which can both enhance and bring new limitations to the field. We can’t know for sure how drones will impact the industry in the future, but for now, they can be a great asset to a team of scaffolding experts, as long as best practices are observed.