Incredible innovations in the construction industry 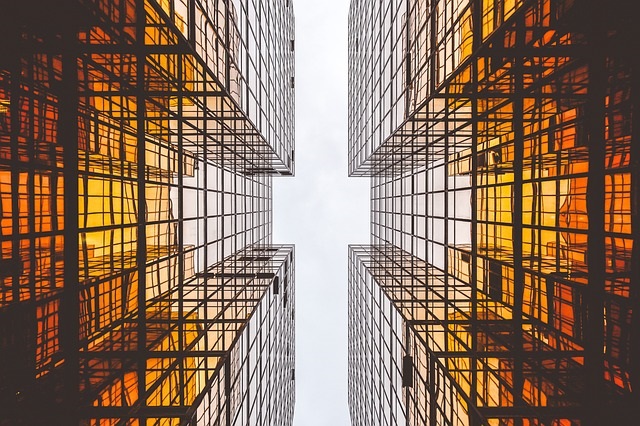 Whilst it might traditionally be seen as something of an industry of ‘traditionalists’ there have been some major innovations taking place and taking shape throughout the construction industry this side of the 21st century. Here, we’ll explore just a few of the ways the sector has evolved and is continuing to evolve as technology finally begins to catch up with the ambitions of one of the world’s largest industries.

Perhaps one of the most obvious benefits of digital technology is that it has allowed for more streamlined approaches in construction. Primary amongst these advanced has been the rise in off-site construction, which (as the name suggests) allows building work to take place at the factory before being transported to the site, significantly cutting down in construction times, not to mention limiting the required manpower.

Whilst the benefits of offsite construction are widely understood, the adoption rate is still relatively low worldwide, due in part to a degree of apprehension and the perceived risks of using unfamiliar methods. However, it is becoming increasingly common in the UK, particularly in the school, hotel and student residential sectors, where more modular styled building approaches have always been more popular. Digital planning technology also makes offsite construction that much simpler, as companies can better (and more quickly) communicate ideas with each other using BIM tools.

Another important area in which the construction industry has evolved in recent years (at least in the UK) is in its eco-footprint. A recent government survey revealed that the UK has focused on green building in the public and private sectors for a while now, with a 14% growth in the number of construction stakeholders who expect more than 60% of their projects to be green.

Britain’s new target for the immediate future is ambitious too, with the CCC recommending that Britain should aim to stop emissions of not only carbon dioxide but all greenhouse gases. As a sector that consumes around half of the planet’s raw material output and contributes around 50% of European carbon emissions, the construction industry has its work cut out, but it’s certainly not an insurmountable hurdle by any stretch of the imagination.

Large scale construction projects and large offsite manufacturing facilities both require stable communications. The most obvious way of improving these communications is through digital services. When you’re having to fight against patchy connectivity, it can lead to miscommunication, which can result in poor productivity and an unsafe construction work environment. With so much vital information being passed between so many people every day, everyone from the project managers right down to the floor crew needs proper support and to be able to receive the right info at the right time.

Inconsistent communications tools mean that problems on the ground might not always be fed upwards. This often leads to onsite teams developing workarounds without consulting project managers and systemic problems are ignored or skirted over as a result. Effective management of data, meanwhile, could help with the identification and communication of serious problems on both a micro and macro level.

There is a growing demand across the globe for industrial automation, with that demand reaching $158.5 billion in 2018. Many organisations are already exploring the possibilities of utilising the latest tech to make construction work less wasteful, more cost-effective and safer. Many construction sites today, for example, are employing robotics to lay bricks, 3D print buildings and even monitor the construction site (using drones).

Where robotics are looking to make a major impact, however, is in the world of commercial scaffolding. The scaffolding robot designed by Kewazo and Infineon Technologies moves along a bespoke track and tube system and using an AI algorithm to allow it to learn its surroundings and assist human workers in the most efficient way possible. Kewazo is also currently working on several automated assembly ideas that could save the industry at least 33% in labour costs and increase speeds by as much as 42%.

Not all innovations have to be so ambitious, of course. App tech, for example, could really benefit the industry as long as it’s implemented smartly. Bespoke, mobile digital services could mean the crucial difference between a project running smoothly and quickly and a project falling apart completely and apps are also being used by everyone from project managers to bricklayers to plan builds, track shipments, draw floor plans and plenty more besides.

On construction body paving the way (no pun intended) is Highways England, which recently appointed a chief data officer to prepare a data and information strategy that better utilises asset condition data to predict and optimise maintenance programmes. The strategy also tests out new digital applications using its Innovation Designated Fund to fund trials. These include the use of wearable technology, which could feed data about the location of site workers back to a hub, potentially sending them an alert if they step outside of safe working zones.

With the right approach, there is also hope that digital could play a key role in helping the industry become more sustainable. The key is in embracing digital disruption and remaining nimble enough to adapt to the latest developments as and when they reveal themselves. Only then can the construction industry truly love up to its reputation as an industrial trailblazer.