Why You Should Choose Cambridge Scaffolding in Bury


﻿Cambridge Scaffolding has taken great strides in expanding beyond Cambridge itself to the historic and idyllic towns and villages beyond, such as Bury St Edmunds. With a town that prides itself on its beautiful historic buildings, it’s encouraging that there exists a company like Cambridge Scaffolding; a company of expert tradesmen that will always be on hand to maintain those buildings.

Cambridge Scaffolding has been an established name in the Suffolk area for almost 40 years and offers incredibly competitive rates, a 22-man team of fully trained and vetted workers with a friendly and professional demeanour.

Scaffolding is perhaps a more eclectic term than many might realise. Any temporary erected platform or supporting structure could be classified as scaffolding, and it is not just used to support workers during construction or maintenance. In fact, it can also be used as temporary roofing, as personnel hoists and much more.

If you are a resident of Bury St Edmunds and are considering a construction project in the near future, don’t hesitate to contact Cambridge Scaffolding. We’ll be happy to take you through every detail - from the three distinct types of scaffolding available, to the preparation that goes into each project.

Call us today for a free estimate and site visit. Any price given will include the cost for both erecting and dismantling the scaffolding, as well as the job itself. We are also fully insured and offer risk assessments and method statements. And remember - no job is too big or too small for the big pink scaffolding company!

Simply the very best - responded to an emergency Sunday night for Monday morning. So helpful throughout and the team that arrived could not have been more professional and speedy in both erecting the scaffolding and taking it down. Protected the floor and all the walls and made for a safe platform for the curtain installers.

Great service and given the timeframe and speed of response really competitive too. A pleasure to work with

Cambridge scaffolding were a pleasure to deal with. Straightforward, reliable, accomodating and reasonably priced. Would definitely use again.

Really pleased with the service. Having been let down by another company Daniel at Cambridge Scaffolding really stepped in to help out. They got it up at short notice and erected in a perfect way to enable me to do the work required.

Are you looking for a quote? 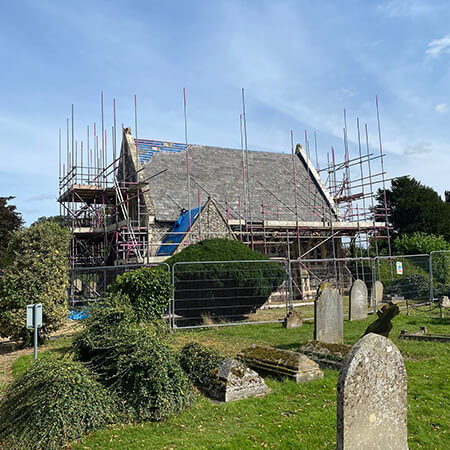 Our Projects in Bury St Edmonds


It might be famous for its beer and sugar, but the Suffolk market town of Bury St Edmunds is also a popular tourist location with some truly stunning architecture. Known colloquially as “Bury,” the town is a genuine historic jewel with an eclectic architectural map that runs the gamut from old world intrigue to contemporary glamour.

The town is perhaps best known for its abbey and cathedral, both of which are stunning pieces of 11th-century history that deserve to be absorbed and enjoyed. The impressive abbey ruins and adjoining gardens mark the site of a once-great monastery that was built around a shrine to Saint Edmund. For hundreds of years, the abbey was a pilgrimage point for peasants, kings and everyone in between.

St Edmundsbury Cathedral, meanwhile, stands apart as the only cathedral in the Suffolk area and has been something of an ongoing project for the town since it was first rebuilt in the 12th and 16th centuries. It was finally completed this century and the elegant building, with its airy interiors and gorgeous, expansive ceilings could never have been finished without flexible specialist scaffolding.

The town is also home to a number of less ornate historical buildings such as The Angel Hotel, which was reportedly a favourite haunt of Charles Dickens, as well as the Theatre Royal. It is Britain’s only surviving Regency playhouse, with its origins back in the pre-Victorian age.

Whilst the town itself boasts thousands of years of history, it is also a beer lover’s paradise thanks to the Greene King Brewery and The Nutshell - the smallest pub in the UK! It is also surrounded by a vast countryside expanse, just a short journey from the medieval wool town of Clare, as well as Newmarket and the endlessly charming Suffolk Coast. Frankly, it’s a town so full of life you’ll probably never want to leave. 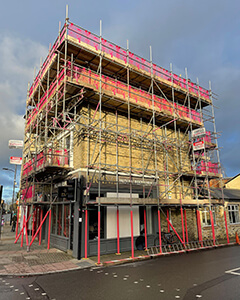 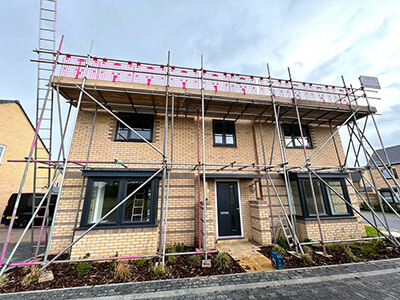 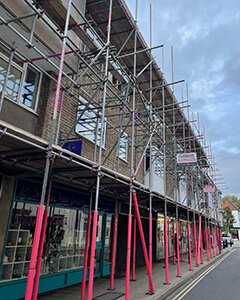 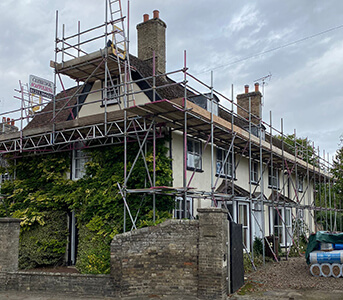 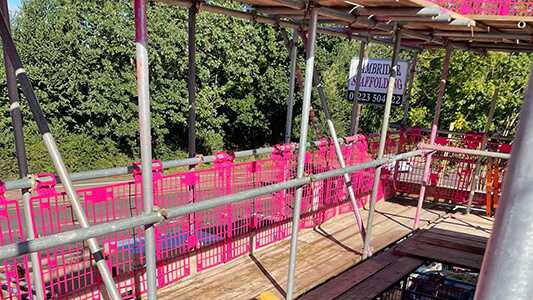 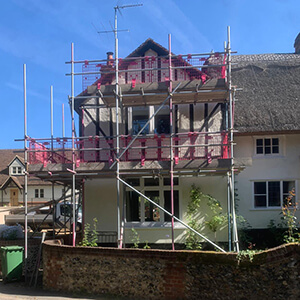 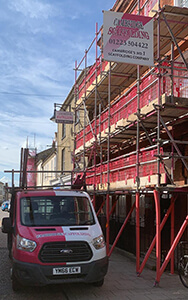 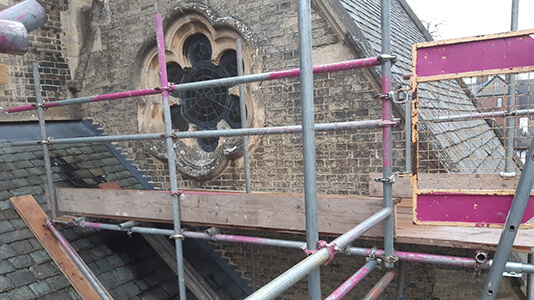 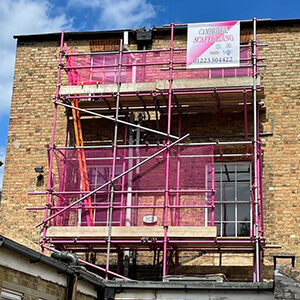